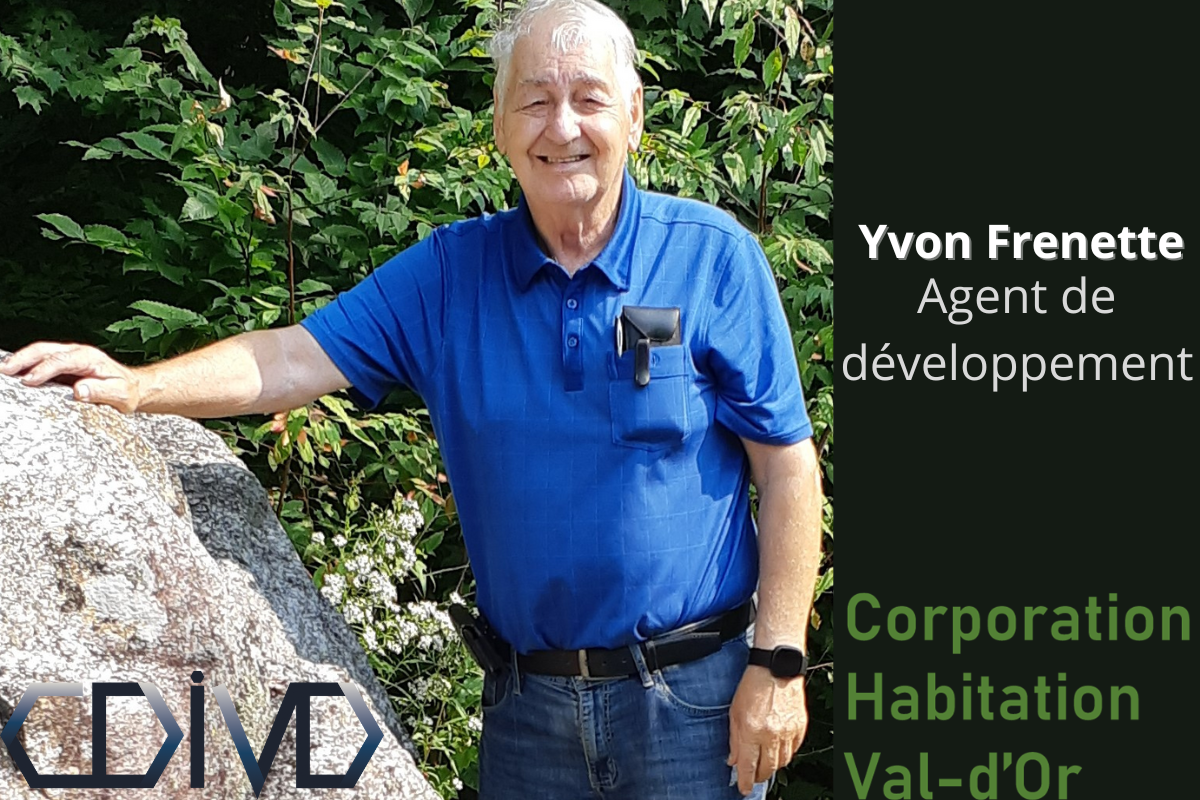 Since June 2019, Mr. Frenette has held the position of development officer at the Corporation habitation Val-d’Or, among others for the Corvée Habitation project on Sévigny and Leboeuf streets.

Yvon has been a well-known figure in the political, economic, social and cultural circles for many years in the Vallée-de-l’Or.

His career as a volunteer in several organizations has earned him the recognition of the Governor of Quebec and the Governor of Canada for his involvement in the community and for his significant contribution to the well-being of his fellow citizens and his community.

Mr. Frenette has been elected municipal councillor six times over a period of twenty-five consecutive years. During this period, he also held the position of deputy mayor for the City of Val-d’Or.

He also contributed to the economic development of the city of Val-d’Or as a food business owner, founder of the AT bus transportation cooperative, director of savings and recruitment for the Caisse d’entraide économique in Val-d’Or and La Sarre and much more.

Mr. Frenette has taken on a new challenge after a brief retirement, as a development officer.

He wishes to continue to contribute to the local and regional development to ensure the interests of the city of Val-d’Or.

The Corvée habitation project was initiated from a partnership between the City of Val-d’Or and the Corporation de développement industriel de Val-d’Or. The objective of this project is to contribute to the solution of housing issues in Val-d’Or.

Mr. Frenette is a perfect example of how we must keep our experienced people active in jobs that fit their availability. He is a great asset to the entire team.